First reaction: PANIC! The customer was waiting for delivery and now we had this problem… I looked at the transceiver information and the cable was shown correctly:

F**K… whats the problem? The distributor told me to just plug it in (I think it was a salesman, not a technician -.-) The offical product document also shows the supported transceiver/splitter-cables:

I googled the logmessages and topics about this cable but I couldn’t find any solution. I installed the new software image 5700-cmw710-system-r2432p01 (previous version 5700-cmw710-system-r2422p01) and made a reboot but the console shows again the “not supported” message. So I went to the interface and looked to the commands and I found something: 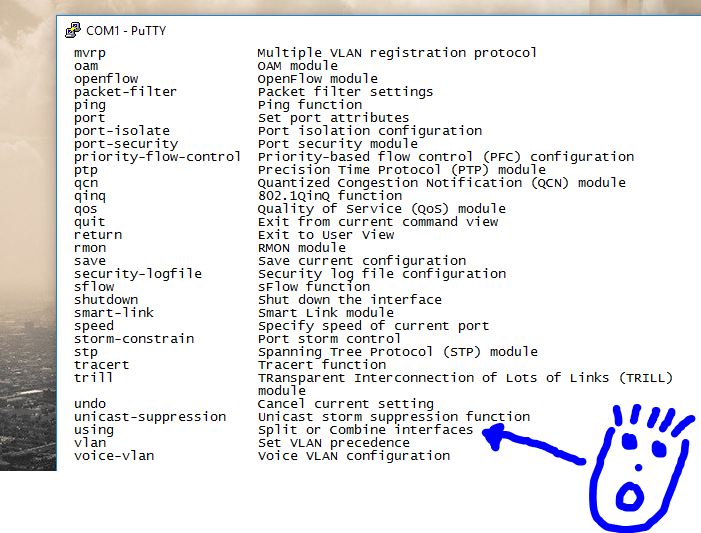 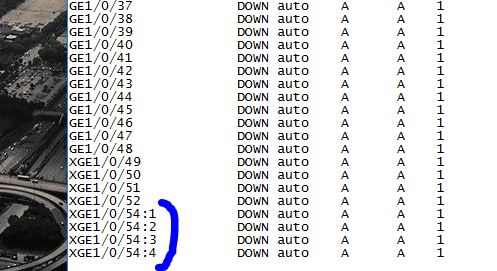 The interfaces are numbered from 1 to 4 but the cable has stickers from A to D: 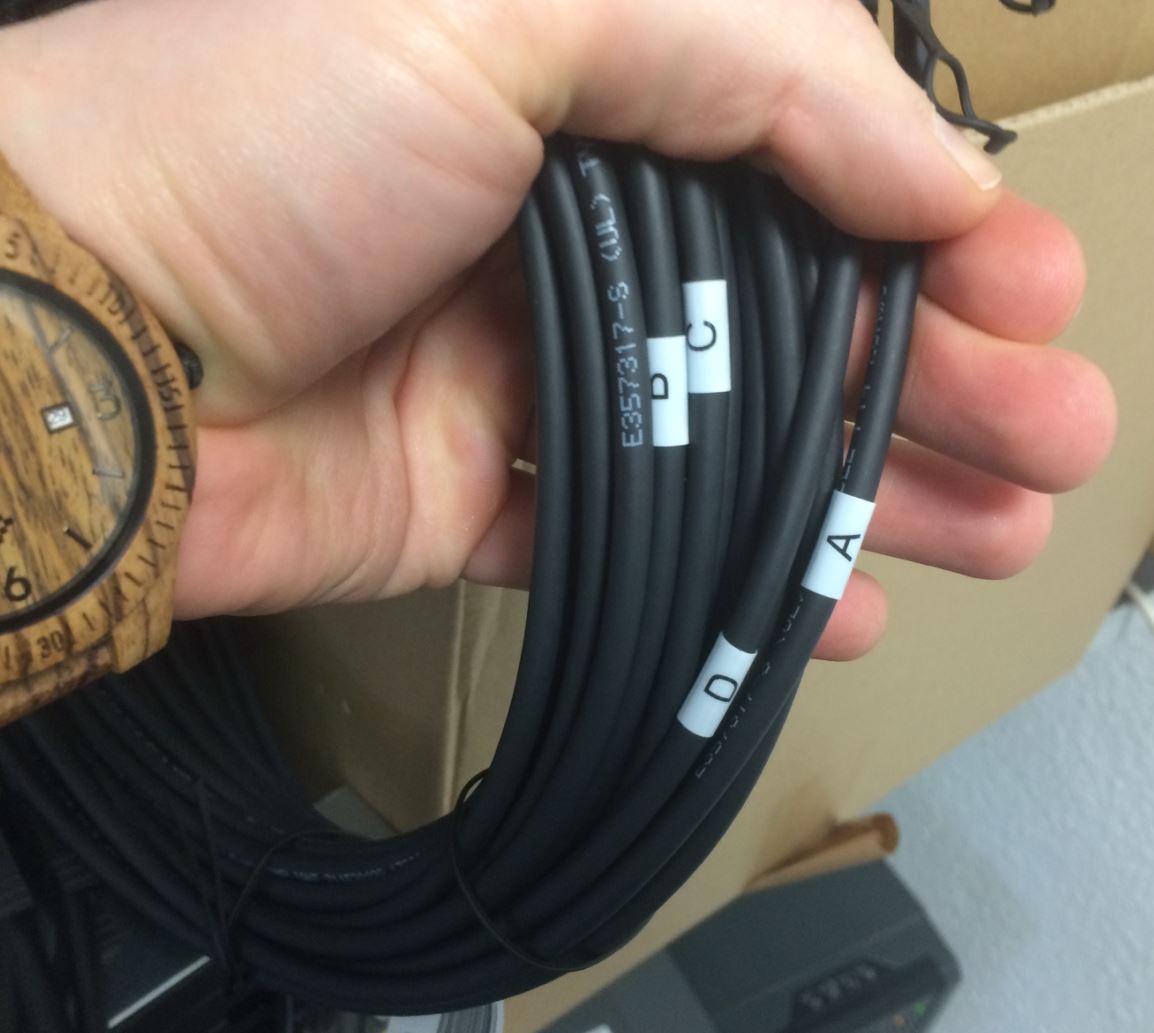 I hope that I can help alot of people with this. From now on, Google will guide you to this article 😉 and when you don’t need this cable anymore, you can use it as a necklace: 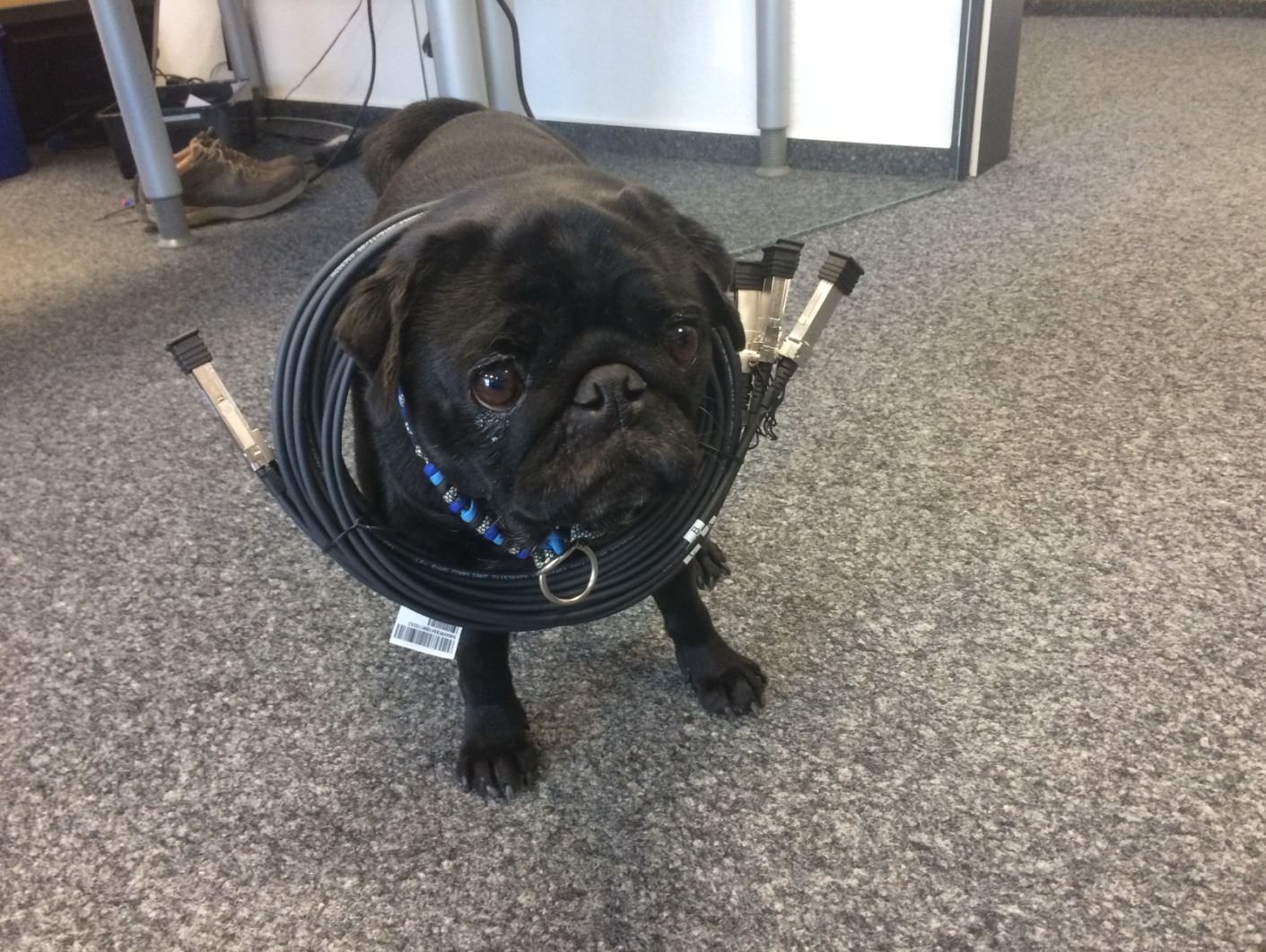 NetworkDoge – “WOW SO MUCH CABLE” 😀