Aruba CX how to exchange a defective VSF stack member

Last week I had to replace a defective switch in a VSF stack for the first time.
Those who know the IRF stack from HPE Comware know that this is feasible, but you have to configure a lot until the stack is up and running again after replacing a stack member.
With Aruba CX, the whole thing is totally simple in comparison.

VSF configuration on the new switch
In my case, the first member had failed. That’s why I didn’t have to do a renumber-to. All in all, only the following must be configured on the new switch:

For example, if the defective switch was member 2, you must perform a renumber:

As soon as the new switch is up again, simply copy the VSF configuration from the master and put it on the new member.

In my case, the VSF stack consisted of 2 Aruba CX 6300 switches:

Restoring the stack
Now, if you have not already done so, remove the defective switch and mount the new switch. Next, plug only the management port as split detection and the VSF link between the new switch and the rest of the VSF stack. Do not plug in the rest of the cables yet, because your ports are still all configured for VLAN 1 access. And your link aggregations are not configured yet either.
After about one to two minutes, the new switch automatically joins the VSF stack. The switch reboots and receives the complete port configuration of the old defective VSF member from the VSF master.
Now plug in the rest of the cables. that’s it. 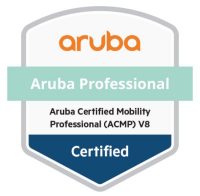